What is a company-led childcare service …

The company-led childcare service is a system that was established in 2016 with the aim of expanding childcare services that will support a variety of working styles. It aims at reducing the number of children that are waiting for nursery schools, and contributing to a balance between work and childcare for the employees.
Company-led childcare services are classified as unlicensed daycare centres, but childcare facilities set up by companies to provide flexible childcare services according to the working styles of employees and childcare facilities set up jointly by local companies are installed. The government will provide subsidies for maintenance and operating costs equivalent to those of licensed nursery schools.
In order to issue a subsidy, it is necessary to strictly adhere to the facilities equivalent to the nationally licensed nursery school standards and the system of staff with national qualifications, and to meet the strict standards.
In addition, at the same time as meeting the standards, it will be a facility that regularly undergoes operation, finance, and childcare audits mainly by the Child Development Association, which is a company-led operation entity, and the local administration.

We have heard from various companies about the difficulty of their employees encountered about leaving or returning to work due to childbirth, childcare leave, childcare.
At Avenir Nursery, we will provide “a more comfortable working environment” for all parents through our childcare services. By forming a joint tie-up partnership with us, your employees can priority to enroll their kids in the nursery. No contract fees or commissions will be incurred due to the tie-up. If you are considering a fulfilling welfare program for your staff , please feel free to contact us. 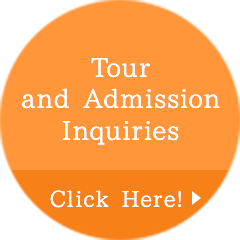